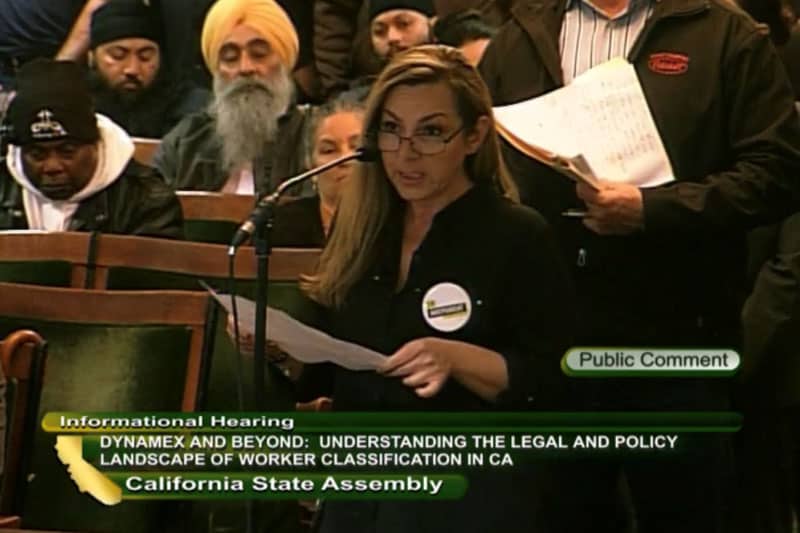 This landmark April 2018 ruling has been at the epicenter of what later became one of the highest contested decisions in California’s history!

Dynamex refers to a landmark decision that was made by the California Supreme Court between Dynamex Operations West, Inc. v. Superior Court of Los Angeles. This decision set new standards that determined whether a worker should be classified as an employee or an independent contractor. The case was initially filed by delivery drivers who felt they were misclassified as independent contractors but should have been hired as employees.

Overnight, this decision impacted every independent contractor in California, including Uber drivers, hairstylists, exotic dancers, truck drivers, IT/HR/Accounting consultants, graphic designers, doctors, insurance salespeople, journalists, videographers, and countless others. These independent contractors (IC’s) were handcuffed and were no longer permitted to have the freedom to manage which projects they wanted to accept, how many hours they wanted to work on any given day, and where they worked. Overnight, they were forced to enter into employer/employee relationships that essentially removed all the freedoms both sized had come to appreciate and want!

What this decision failed to take into account was even though it helped those who were traditionally taken advantage of (employees who earn minimum wage or close to minimum wage), it inadvertently restricted the rights of those who were highly paid individuals who wished to have more employment freedom. The gig economy then spun into a tailspin, and the war ensued between thousands of ICs and the CA legislatures.

During this time, Nadia Ardebili, President of CA HR Services/Nationwide HR Services, Inc. joined the “I’m Independent Coalition,” a group formed to challenge Dynamex and to give a voice to the countless people who felt voiceless with this change. No one wanted Dynamex to be gone entirely, but they wanted fair standards, allowances, and exceptions for those who vehemently opposed it and wished to have their freedom to make their own choices. As her part, Nadia Ardebili from CA HR Services served as the voice and advocated for countless small business owners who were facing financial threats that could potentially close their businesses down. Some business models could not weather this storm. Some would have to revamp their business structures completely and were still facing the potential of a shutdown. While some took a chance against this decision but risked getting sued. Who was this decision trying to help? Dynamex was just not fair and was hurting many — and the legislatures needed to hear this.

Ms. Ardebili then began her lobbying adventure on Tuesday, February 26th, 2019. She joined hundreds of others at a legislative hearing at the CA State Capitol in Sacramento, California, where the legislative body (otherwise known as the Labor Committee) heard from both proponents and opponents of Dynamex.

By late 2019, Dynamex had gone through various iterations. Still, in September 2019, the State Governor (Gavin Newsom) signed into bill California Assembly Bill 5, codifying the Dynamex ruling and extending further restrictions onto gig workers. While the bill does give some exemptions to certain workers (such as Doctors, insurance salespeople, Human Resources Consultants, Aestheticians, and others to name a few but not without ridiculous restrictions), it continues to impose even stricter restrictions on thousands of workers who genuinely wish to work as independent contractors.

In the meantime, the team at CA HR Services works closely with organizations to answer questions about Dynamex and AB5 guidelines and determine if an employee truly qualifies for an independent contractor or if they should be reclassified as an employee. If all else fails, CA HR Services has an easy to follow process and assists employers and business owners to ensure a smooth and effortless transition of independent contractors to employees.

For more information regarding this topic or any other HR-related matters, contact Nadia Ardebili at Info@CAHRservices.com or call them at 858-225-5535.